Another Legal Attack on a Catholic Hospital

Although not in the Archdiocese of Washington, another Catholic hospital has been legally attacked for holding true to the faith.

A federal judge in Maryland ruled in favor of a gender-confused woman who sued a Catholic hospital for not removing her healthy uterus.

Judge Deborah Chasanow, a Bill Clinton appointee, ruled that “Jesse” Hammons could continue her lawsuit against University of Maryland St. Joseph Medical Center for denying her request for a hysterectomy in 2019. Hammons is “married” to Lura Groen, a pastor of the left-wing Evangelical Lutheran Church in America.

For more, go to LifeSite News.

Posted by A WASHINGTONDC CATHOLIC at Thursday, January 12, 2023 No comments:

This notice has also hit the local media outlets. 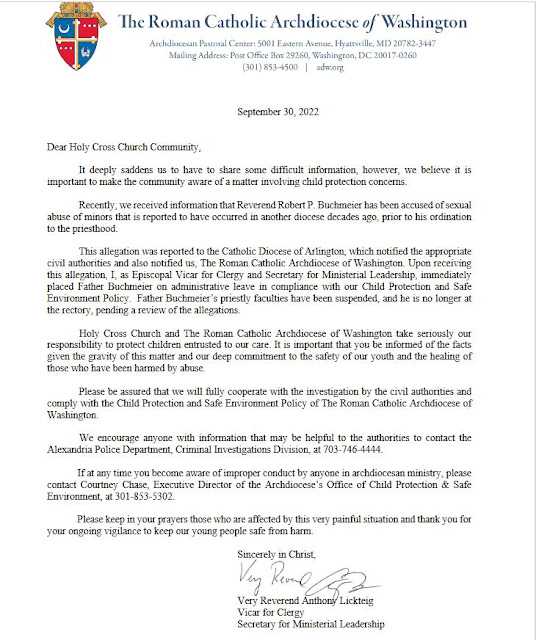 Posted by A WASHINGTONDC CATHOLIC at Saturday, October 08, 2022 No comments: