Found this and wanted to introduce my readership to it!

This was forwarded to me a short time ago.  I thought that I would share.

A little background on how we got here - last year, I read a book entitled Persuasive Pro-Life: How to Talk About Our Culture's Toughest Issues by Trent Horn (Catholic Answers, www.catholic.com).  It changed my life.  After completing the book, I knew it was the resource that needed to be in the hands of every pro-lifer.  The book is a synthesis of all the very best pro-life defenses for pro-choice arguments by Mr. Horn who has a decade of experience defending life where it matters most - person-to-person.  I thought, "What if every pro-life person utilized Trent's gracious and persuasive approach and just changed the mind of one other person?"  What if?  Could we change the county?  The state?  The country?  So, with my husband, Seth, my partner in crime Kitty LaHood Adams, and Charles County Right to Life president, Sid Marcus, we began a book study of Persuasive Pro-Life this past January.

What began as a book study has blossomed into a fledgling grassroots movement.  Here's where our pro-life conference, Pro-Life: An Awakening comes in.  We've asked Trent Horn, the author, to come and speak to as many pro-lifers as we can pack into the St. Joseph's Parish Center, in a seminar-style speaking engagement.  We're pairing Trent Horn's powerful keynote address with an afternoon session on using your power as a Maryland constituent and voter and an impact session designed to send everyone in attendance out like Christ sent His disciples to change the world!  We know with enough support and attendees, we can do something about the culture of death in this country by first changing our community into a culture of life.

The conference website, which is the best way to find out more and to keep abreast of updates, is www.somdpro-life.com.  Right now, the Trent Horn Keynote, lunch, a pro-life networking fair, and both afternoon workshops is just $10 at the Early Bird Registration rate!  We've purposely kept registration low and sought outside sponsorship so that this event is truly open and accessible to everyone.  The pertinent information is as follows:


www.somdpro-life.com
Posted by A WASHINGTONDC CATHOLIC at Thursday, July 28, 2016 No comments: 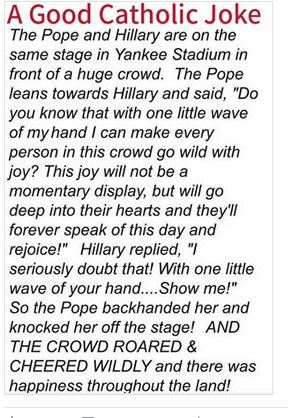 Where are all the Chavez and Maduro Catholycs Today?

As you know, I try not to comment on topics that do not affect the Archdiocese of Washington DC.  However, there had been dead silence from the liberal Catholycs regarding the situation in Venezuela.


When Chavez took control of Venezuela, liberal Catholycs, similar to the boys and girls over at the National Catholic Reporter, were jumping all over themselves about how great things.  They kept telling us how wonderful things were, how terrible we in the US were, etc.  When I would tell them that it will come crashing down, I was told that I had no idea of what I was talking about.


However, over the last year or so, there has been SILENCE about their support for the socialist government of Maduro.  Could it be because the country no longer had medical supplies, limited food, etc.?  Years of mismanagement, and a drop in the price of oil has turned Venezuela into a third world country.


Maybe those liberal Catholycs should start sending their cash to the poor in Venezuela, and deprive themselves of a couple of meals.


I doubt it, because they are all talk.

Posted by A WASHINGTONDC CATHOLIC at Friday, July 08, 2016 2 comments:

Wishing Each a Happy Fourth of July 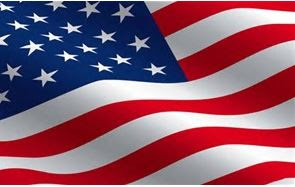 Posted by A WASHINGTONDC CATHOLIC at Monday, July 04, 2016 No comments: