Congratulations to the Principals, the Teachers, Support Staff, Parents and all those who support Catholic Education.
Posted by A WASHINGTONDC CATHOLIC at Tuesday, September 24, 2013 No comments:

No Catholic School Activities on Sunday. Should this take place here?

After months of nudging Catholics to reclaim Sunday as a day to attend Mass and spend time with family, New Orleans Archbishop Gregory Aymond is mandating that Catholic schools clear their calendars that day each week.

Aymond began asking schools last year to tweak practice schedules and reschedule social events so harried families could dedicate their Sundays to worshipping and staying close to home. This year, the request took on new urgency, and by the 2014-15 school year, it will be an official policy of the archdiocese.

“It’s rooted in the fact that people have a number of obligations and commitments. Our society is fast-paced,” Aymond said. “In living such a hectic life, people neglect sometimes, not purposefully, the very basics of faith and family.”


Do you think that this would be a good idea in the Archdiocese of Washington?
Posted by A WASHINGTONDC CATHOLIC at Monday, September 23, 2013 1 comment:

Holy Rosary Church, located in downtown DC, is celebrating their 100th anniversary.  As important as that is, there is an even bigger change happening with the rectory.

It was reported in the Washington comPost on Saturday, Sept. 21st, that Property Group Partners (PGP) is going to transform the area around the church with the new Capital Crossing project.  When I-395 was built, it cut through a number on neighborhoods, including that of Holy Rosary Church.  In fact, the Church almost was demolished but for the efforts of a handful of parishioners, who lobbied hard, and had the exit onto 4th St., NE changed.

Capital Crossing is a 2.2 million sq. ft., multiuse development and will be built above the recessed freeway between 2nd and 3rd Sts, and E St. and Mass. Ave.

What is most interesting is that PGP will move the Holy Rosary rectory onto the property.
Posted by A WASHINGTONDC CATHOLIC at Sunday, September 22, 2013 3 comments:

For those who haven’t yet heard, America Magazine (and several other Jesuit publications worldwide) has just published a lengthy interview of Pope Francis in which the Holy Father says some things that are making lots of faithful Catholics deeply uneasy.

For the complete story, go here:  http://www.catholicvote.org/old-good-news/
Posted by A WASHINGTONDC CATHOLIC at Saturday, September 21, 2013 No comments:

A Catholic Football Player who is a Role Model...

Amukamara has been seen praying on the field, but it's his off-the-field that also has people talking. For example, the 24-year-old footballer is a virgin and is not ashamed of the fact. "Yeah, some people call me the black Tim Tebow," he told Muscle and Fitness magazine in 2011. "I am a virgin," he continued. "I'm not ashamed to say that."

For more:  http://www.catholic.org/sports/story.php?id=52444
Posted by A WASHINGTONDC CATHOLIC at Friday, September 20, 2013 No comments:

In addition to calling for an immigration overhaul, announcing his intention to use his post to favor union organizing, and declaring that God told him that “the labor movement is our brothers’ keeper,” Perez relied on a series of hollow talking points to repeat his call for a higher minimum wage.

To support his position, Perez reached deep into his theological acumen to proclaim “it’s not possibly God’s will that people working a 40 hour week should live in poverty.” Unfortunately, while reducing poverty is a worthy goal, even supporters admit that higher minimum wages do nothing to alleviate poverty.

Posted by A WASHINGTONDC CATHOLIC at Tuesday, September 17, 2013 No comments: 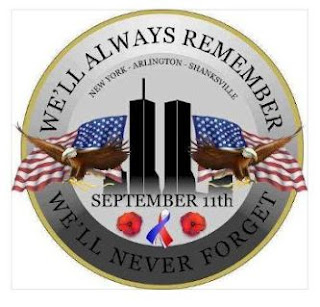 Posted by A WASHINGTONDC CATHOLIC at Wednesday, September 11, 2013 No comments:

Since some of you have asked, here is the latest update in the Maryland Court System on the case of GULLEY, ALLYSON ROSE, the teacher's aide at St. John the Evangelist Elementary School (Silver Spring).

Again, as I have asked in late June, let us keep the child, the child's family and the St. John's Community in our daily prayers and Mass intentions.

*Please note that this information is available to the general public and is not considered confidential.

Posted by A WASHINGTONDC CATHOLIC at Monday, September 09, 2013 No comments:

A Non-Political Event my...

Well, it has been a while since the Catholic Standard wrote something that I really must wonder "What were they thinking?"

What bothers me about the article is that Mr. Zimmerman sees this is a non-partisan event.

So, who "sponsored" this non-partisan event: Catholic Democrats, Catholics in Alliance for the Common Good and Pax Christi, USA.

And, who was one of the main panelists?  Tom Perez, pro-abortion, pro-gay marriage Secretary of Labor AND a member of Holy Redeemer parish.  Supporter of Obamacare.

So, Mr. Zimmerman and the good folks over in Hyattsville...this event was just as bad as the actual anniversary of the March on Washington, in which it became a love fest for the Democrat Party.

How did a pro-abortionist/pro-homosexual marriage member of this administration get to speak at a Catholic venue?  Who approved of it?  Did anyone in Hyattsville know about this?

Is this what we support with our weekly donations?  No wonder why Obama and the Democrat Party are not scared of us, they know that we will invite them to our institutions, hire them to work for us and in general, allow ourselves to have our own Fifth Column.


Posted by A WASHINGTONDC CATHOLIC at Friday, September 06, 2013 1 comment: